It’s only Tuesday, but I am about 90% done with Feora now.  I have to admit that pink was never a colour I thought about using, now though I am thinking of other models I would love to paint pink.

It’s been such great fun doing these models, to know they will go towards helping others; makes it even better.  So here is a couple of photo’s taken with my phone. 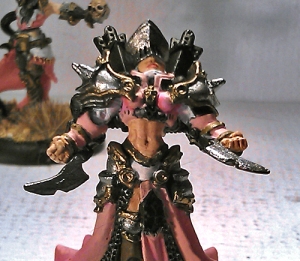 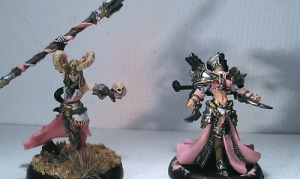 Things have gone better than expected, Sea Witch is finished; with just minor basing to finish.

I’ll be speaking to David later this week, to arrange pick up of the model he is donating.  With luck, I can have them both painted and sent off; within the next week.  In the meantime, I have been putting my Withershadow Combine together, ready for priming sometime this week.  Not the best photo, but gives you an idea of what I have done.  It’s shiny because of the varnish, this has since been dulled with Army Painter Anti-Shine.  I’ll be adding another layer of gloss, then anti shine; once I have painted the front arc markings.  This will be to seal the base and give the model an extra coat of protection. 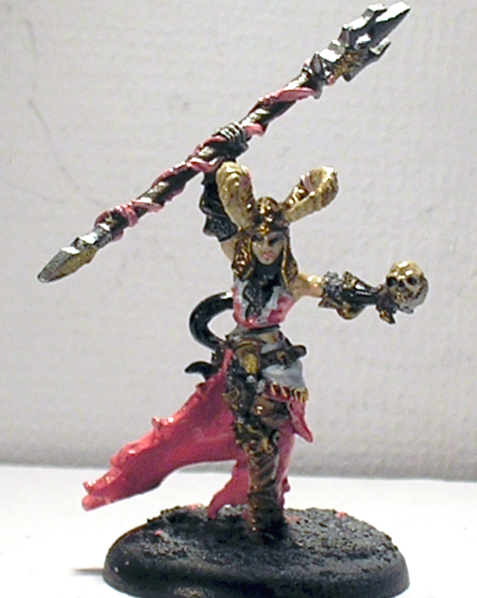 Picture doesn’t do it justice, the face is a lot clearer and neater than it looks on this picture.  The prizes aren’t my goal here, it is with the thought of making money for the charity.  I hope someone likes it enough to give it a good home.  In some ways, I will be sad to see it go; I kind of like it myself.

Full details of the event, have already been posted on this blog. This is specifically about the Painting Pink contest they are holding.

While I personally haven’t suffered the effects of cancer, a member of my family has.  It can be hard to deal with and coping with the loss that sometimes happens, is even harder.  I am lucky in that they were detected early and treated quickly.

So to help out with this event is something special to me.  I recently bought a Satyxis Raider Sea Witch, which I was going to go with some Raiders I had ordered.  Due to delays, I am holding off on that.  So rather than waste the time or the model, Battle Dragon Painting (aka Me); will be painting and donating the model to the contest.  I’ll post up details of the auctions, when I know of them; so we can make the lives of others suffering cancer that little easier.